Grape originally from the Bordeaux region, it is derived from a cross between Magdeleine noire des Charentes and Cabernet Franc. It is also the half-brother of Côt (or Malbec) but not the black shape of Merlot blanc.

Its blend with Cabernet franc’s grape must provides more lightness, delicacy and soft and puts it into aquiring faster the properties that must be its share. Merlot noir has a color intensity of two times that Cinsault. Sensitive to oxidation, it must avoid repeated contact with air: it is to be consumed quickly. 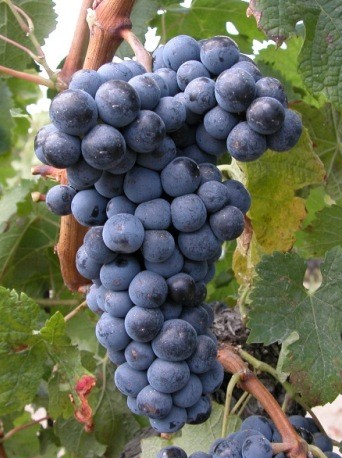