Very old variety, probably of Italian origin, imported in Hungary around 1250. It was introduced in France in the early 19th century. It remains highly confidential since the phylloxera invasion, and particularly in the departments of Herault, Aude and Gard.
In Hungary, it is used to produce the famous Tokay or Hegy-Allya in blends with Harslevelu grape. Furmint can alos be found in Slovakia, Romania, Moldova, Croatia, Slovenia, Macedonia, Austria, South Africa, Argentina, vinified both dry than liquorous. Based on genetic analysis, it is a likely descendant of Gouais blanc.

The Furmint grape variety is part of the Palette. 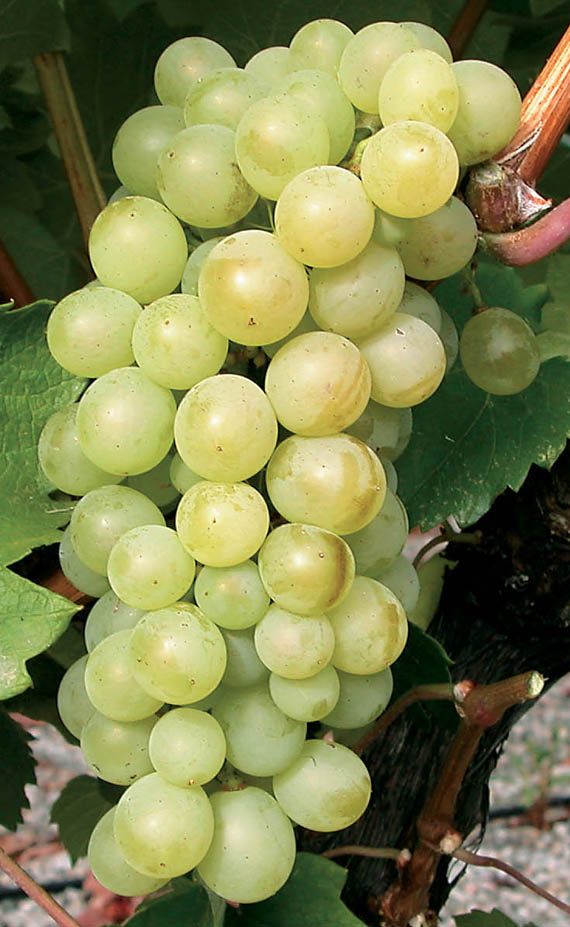