The Durif is native of Tullins in Isère, then was multiplied initially in the Isère valley up to Romans in Drôme. It comes from the spontaneous cross between Syrah and Peloursin.
In the 1960s, it was often mixed with Syrah, because at that time Durif’s production occurred more regularly.

The Durif is part of the grape varieties of the appellation Palette.

It is also found in the USA (California), Australia, New Zealand, South Africa, Israel, Mexico, Argentina, Brazil ... In France, there are few muliplications.

It gives a dark red wine almost black, tannic and having in most cases a good acidity, initially astringent, rich in alcohol. In the same way than in the United States, it is almost never vinified alone but very often associated with one or more other varieties. 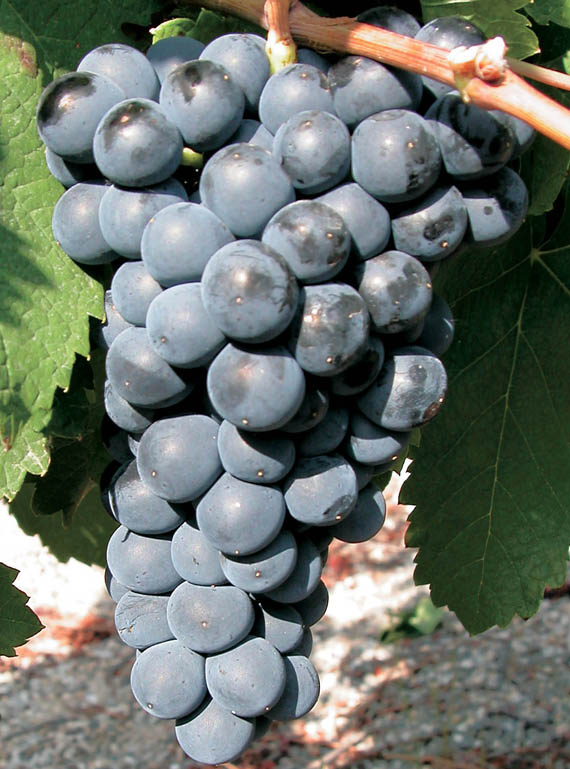