On the purely onomastic level, it should be noted that the town of Verclause (Drôme) has a hamlet named Chatus without being sure whether it is the origin. Before the phylloxera crisis, this variety was cultivated in general in the region of Aubenas (Ardèche) and in the north of the Drôme, in the south and east of the vineyards of the Hermitage. At the same time, it was also known in the northwest of the Isère (Canton Heyrieux), in Savoie and in the township of Givors (Rhône). In the Beauséjour region (Drôme), it was cultivated in a mix with well known varieties such as, among others, the Mondeuse noire  and the Douce noir (corbeau).

The Chatus gives a rich colored wine, tannic, slightly acid, solid, hard, bitter, improving with age. It changes over time from a purplish color to a dark red, with a deep color and high shine. All its magnitude discovers between 5 and 10 years, the ideal being to open the bottle a minimum of five hours before drinking.
In Ardèche, it is associated to Syrah and produces excellent quality wines at good aging potential. 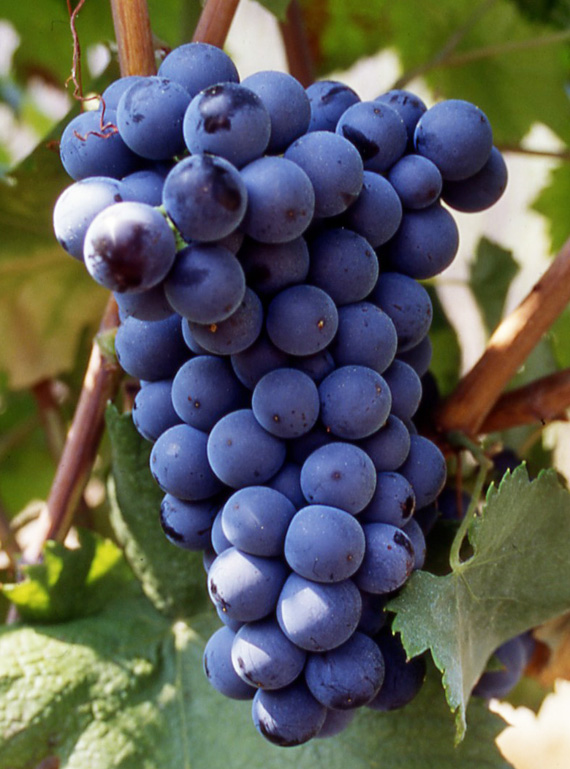